St Joseph’s Takapuna, was opened in 1849 as “St Mary’s Industrial School”, the first school on the North Shore. By the following year it had 30 pupils. Some lived in the orphanage, a few were sons of settlers and others were from the Maori village nearby, where A.U.T stands today.

The first group of Sisters of Mercy came out from Ireland in 1850, at the request of Bishop Pompallier. The need for teachers at that time was great and the sisters responded to this challenge. Their first convent was on the site of St Patrick’s Cathedral. The Sisters later moved to Ponsonby.

In 1893, the building was handed over to the Mercy Sisters as a home for orphaned and destitute boys. In January of that year, Sister Mildred and Sister Alphonsus, with six boys rowed across the harbour from town and took over the building. The Sisters of Mercy were to stay for 96 years until 1989 when Sister Gemma, the last Sister of Mercy left St Joseph’s.

At first there were only 2 small classrooms in a cottage near the gate. Now the school has 17 classrooms, hall, administration block which includes a library.

In 1989 Sister Gemma left St Joseph’s School to return to Ireland, ending a 96 year old association between the Sisters of Mercy and St Joseph’s School. The first “lay” principal, Mrs Kay Hook, was appointed and later that year, the first Board of Trustees was elected. 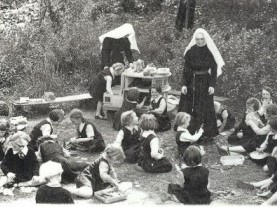 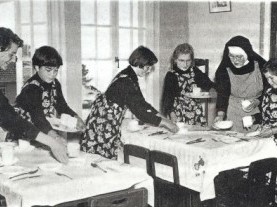